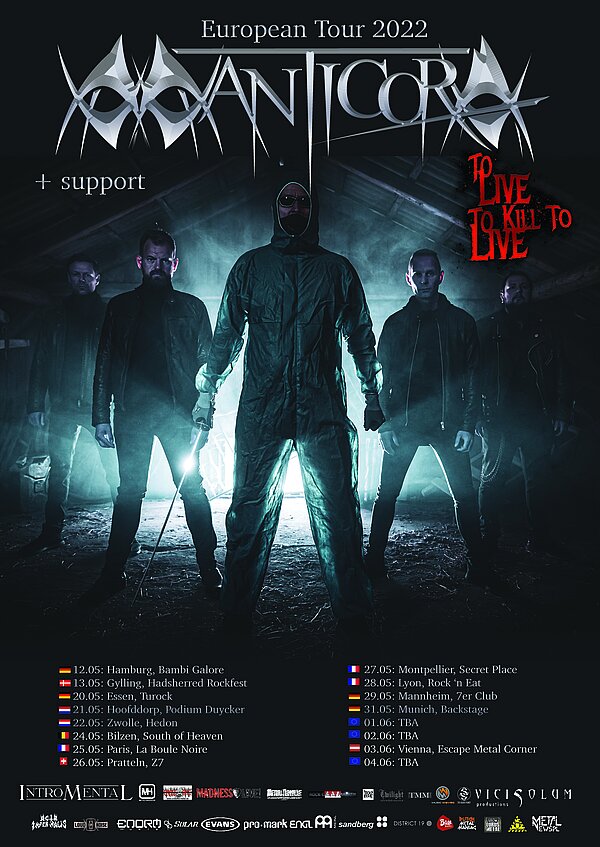 After having released the internationally best-rated Danish metal album of 2020, Manticora is once again ready to drag their European audience into the world of horror-concept prog/thrash.
"To Live To Kill To Live", as the album was called, finalizes the huge Manticora project of a 334 page novel and a double concept album, written over that same novel. A process that will - after 7 years - see its last chapter closed on this European tour.
With Manticora being described as the perfect hybrid between Blind Guardian and Nevermore, expect a magnitude of aggressive music and energy, released from the stage, no matter if the shows are played as normal shows (if all restrictions are lifted) or if there'll be seated-restrictions at the venues.