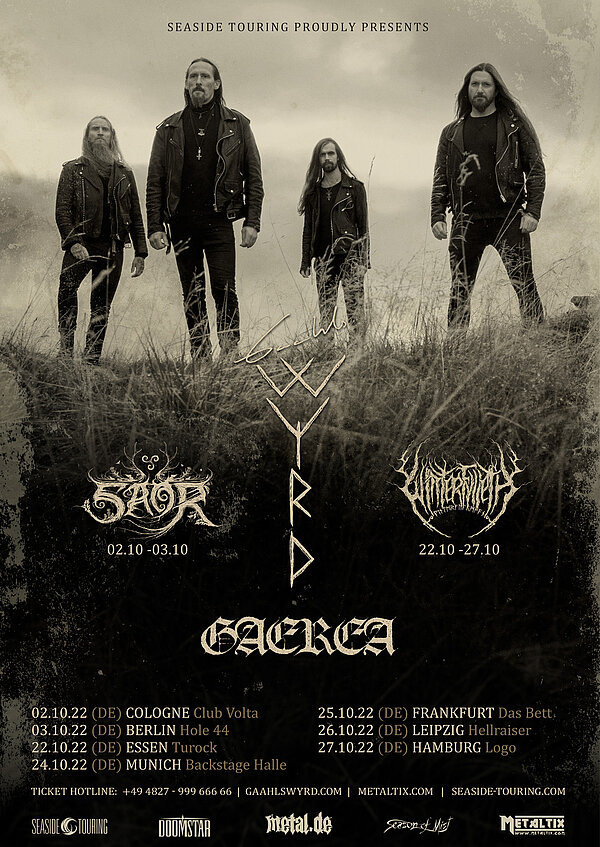 Norwegian Grammy (Spellemannprisen)-winning metal outfit Gaahls WYRD return to the road in the autumn for their first fully fledged European tour since 2019 with special guests SAOR and Gaerea.

The band has just released their critically acclaimed new mini-album The Humming Mountain. Spanning five thought-provoking songs over 30-plus minutes, the mini-album continues from but challenges the tenets of the group’s lauded debut full-length, GastiR - Ghosts Invited. Conceptually, The Humming Mountain intrinsically ties into the pre-history of its forebear, where heady, fastidious topics of origin, creation, and consciousness are pondered, explored, and conveyed to a riveting score of reflective, if sometimes vicious metal. The Humming Mountain resides between spaces but is wholly its own artistic entity.